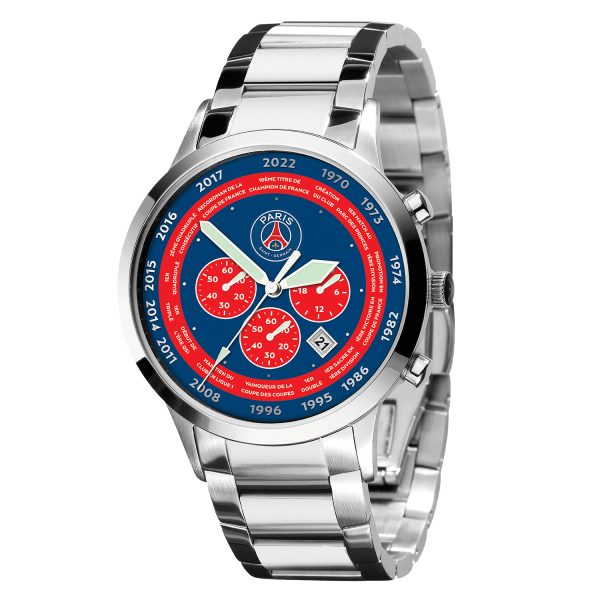 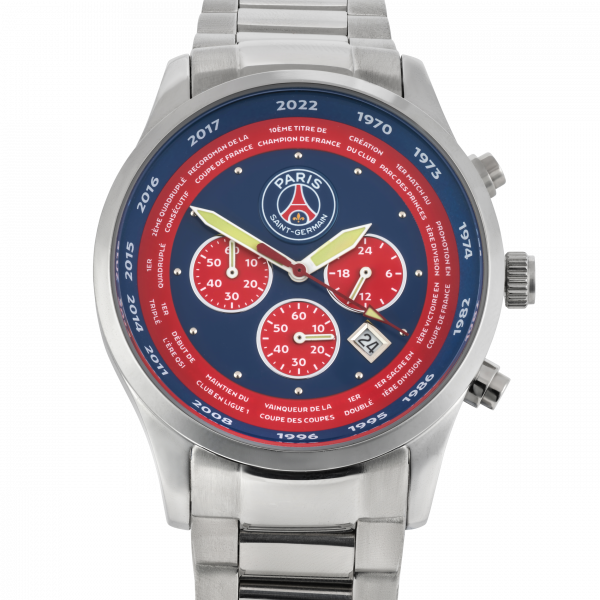 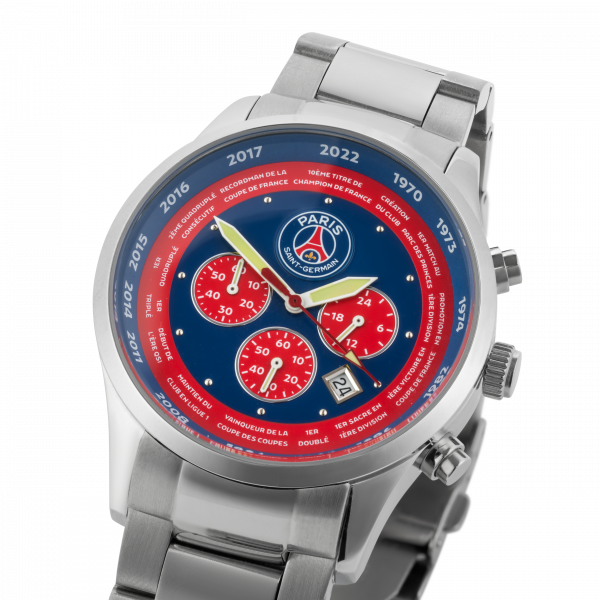 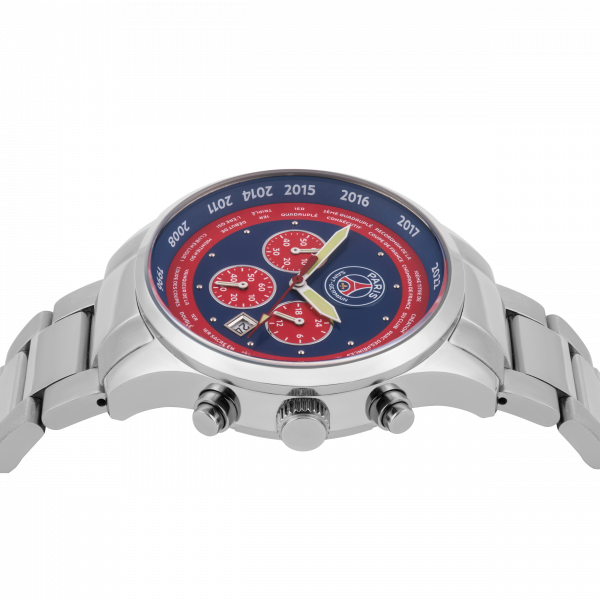 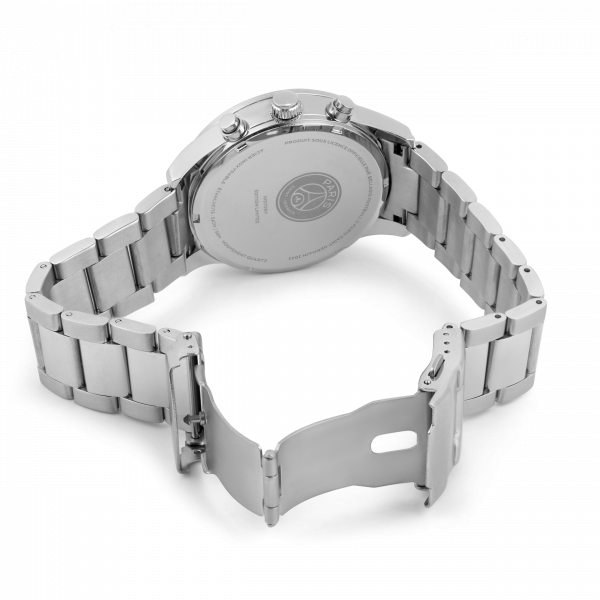 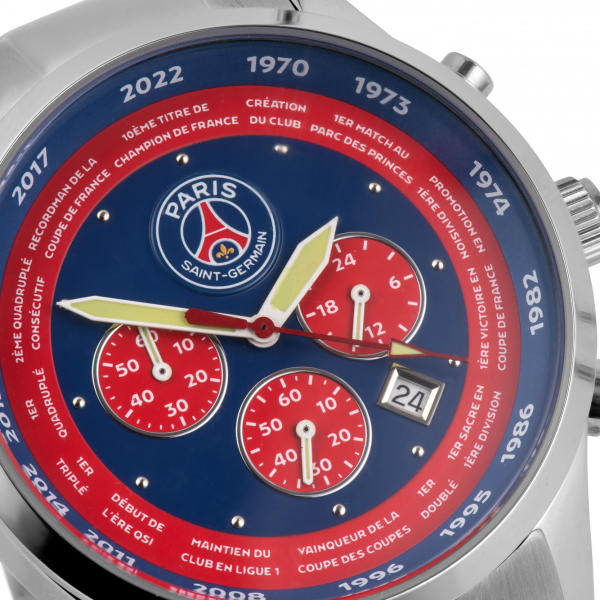 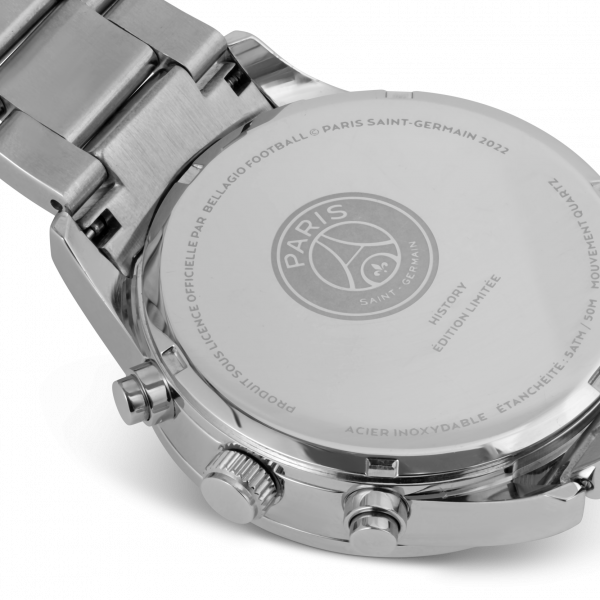 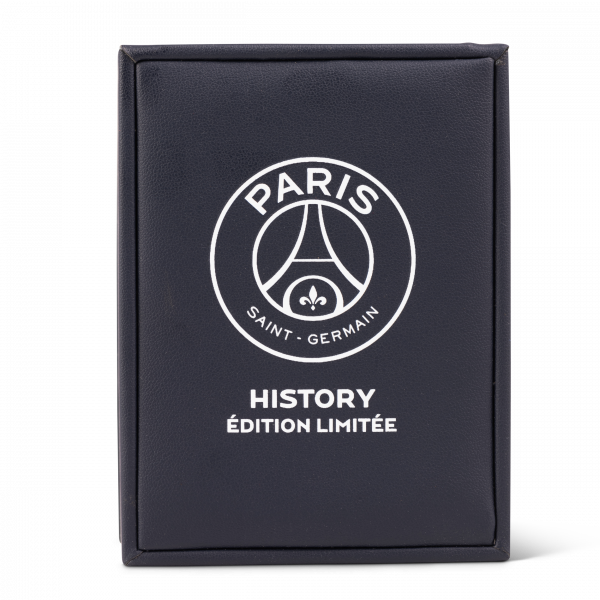 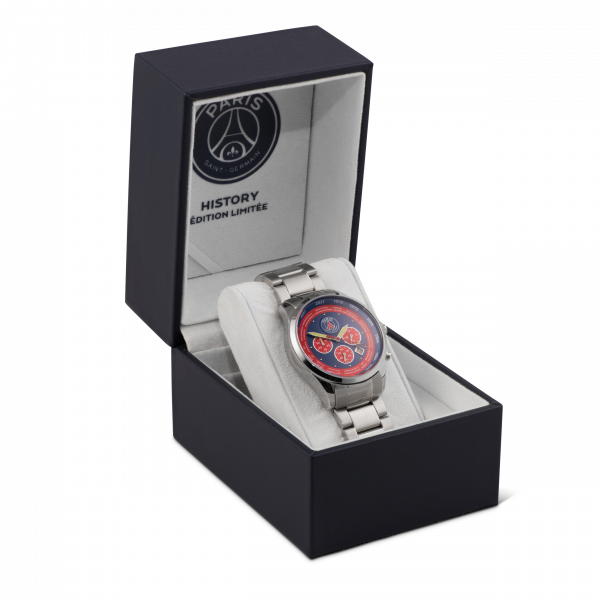 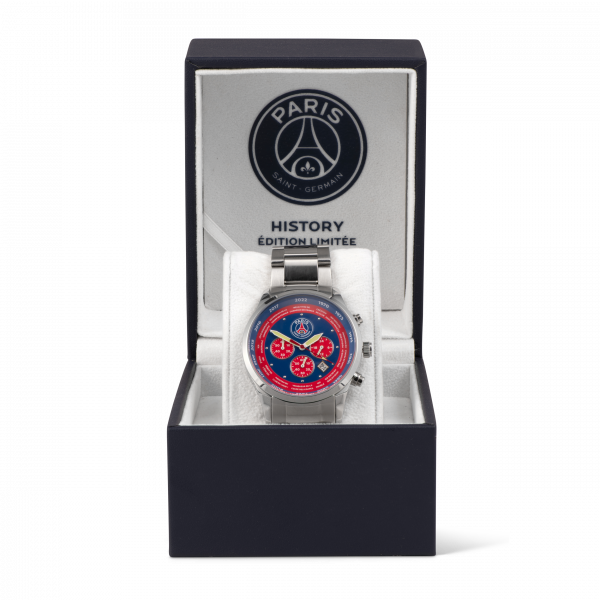 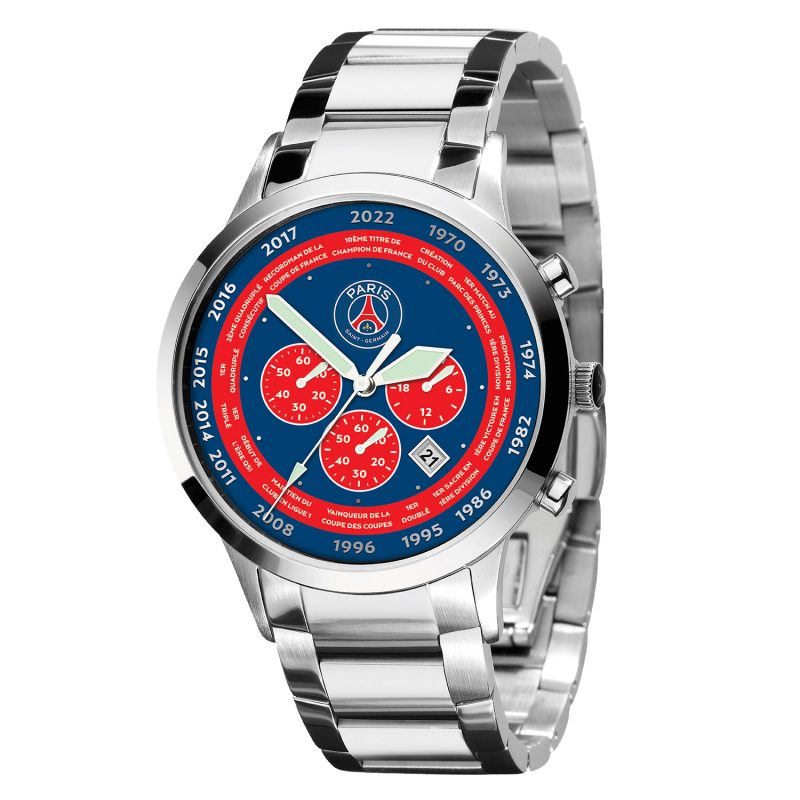 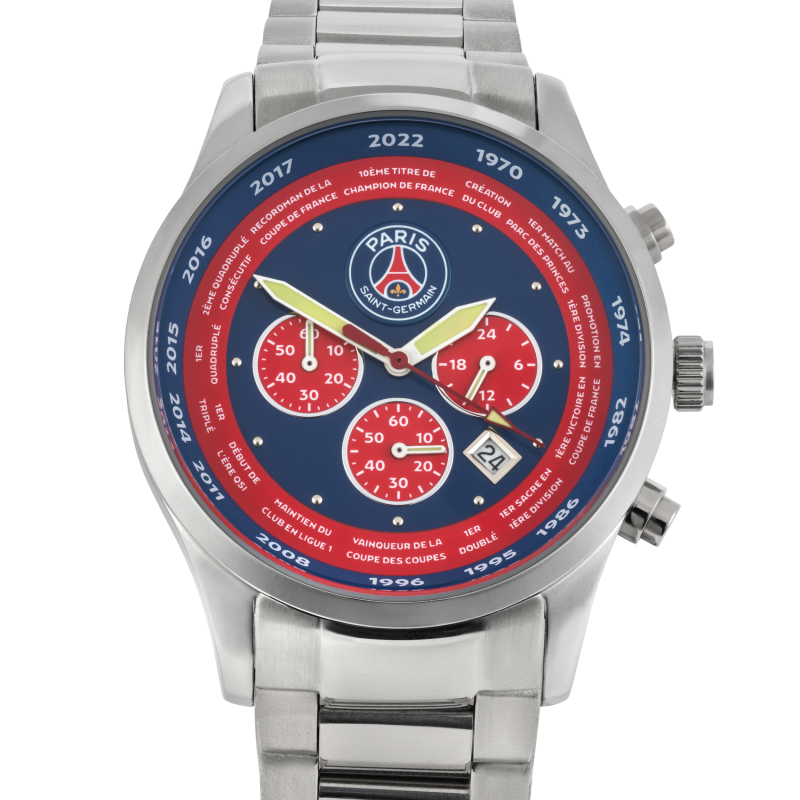 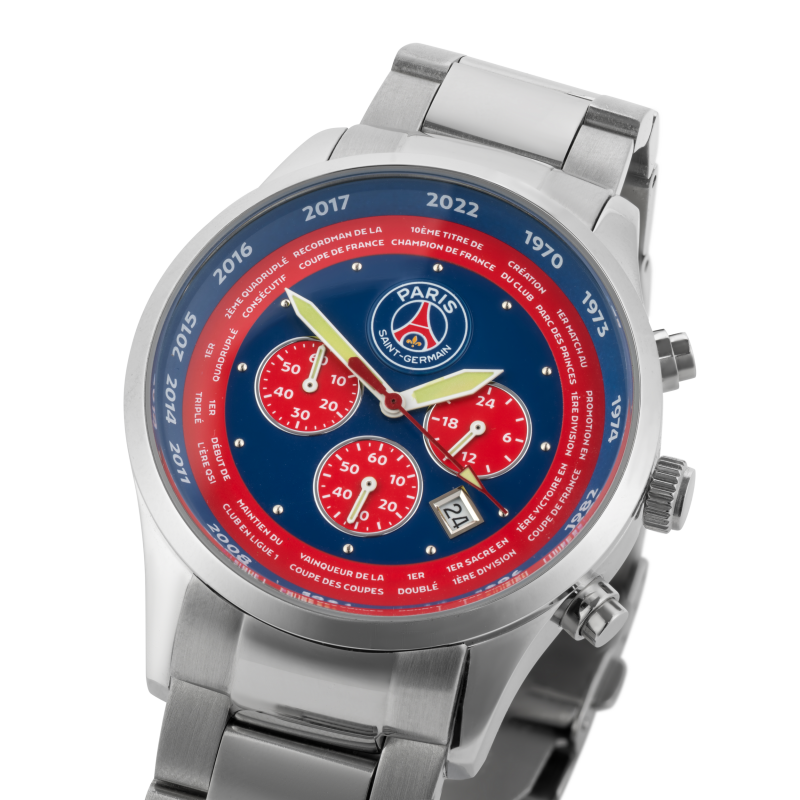 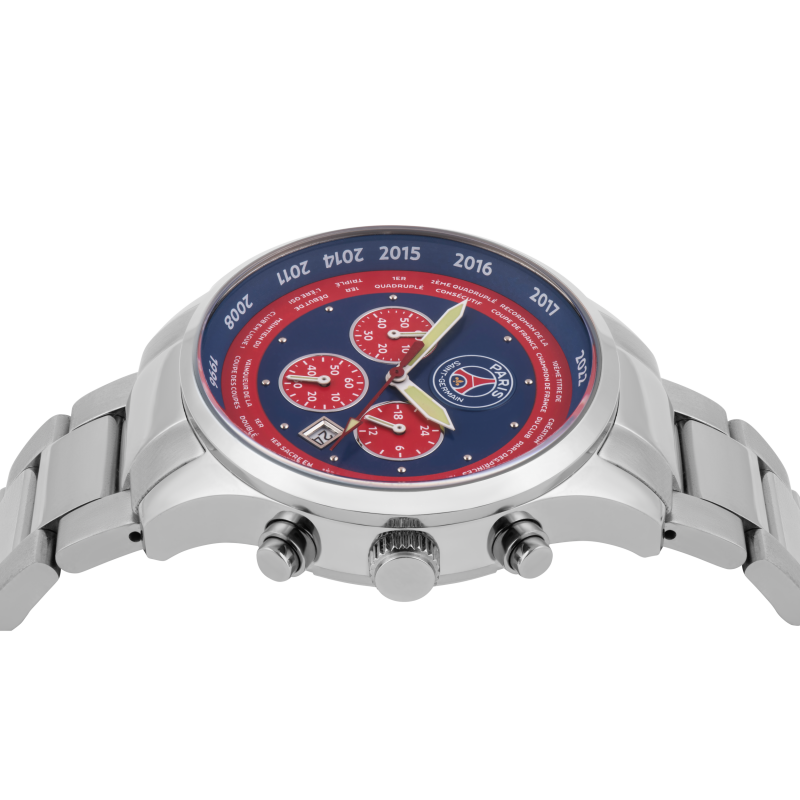 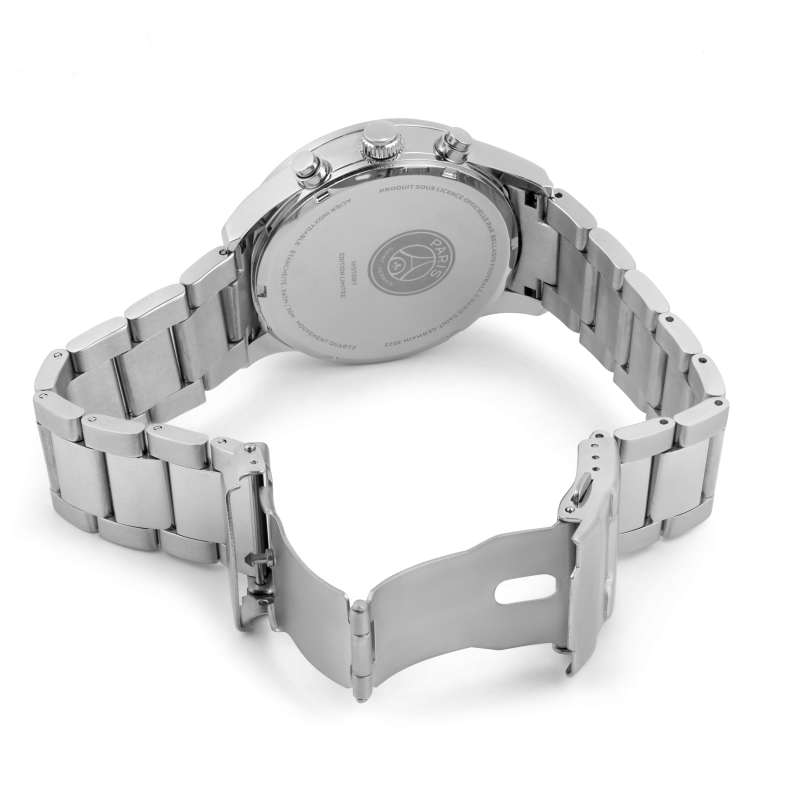 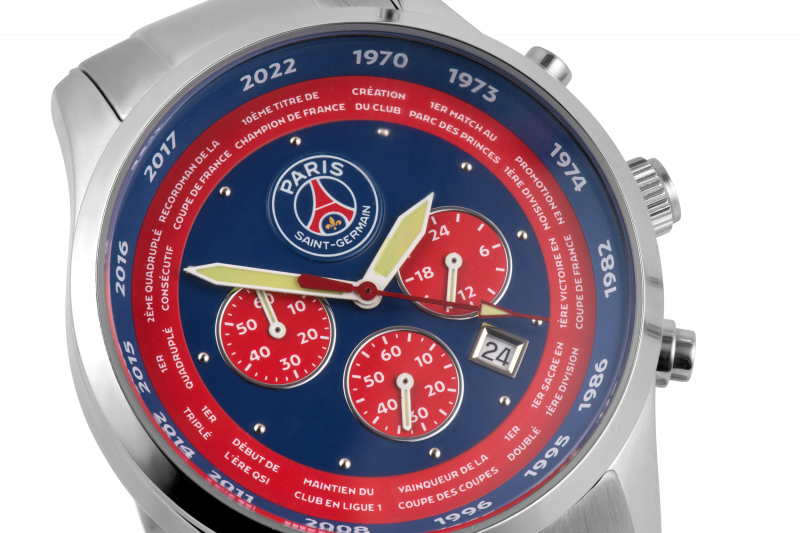 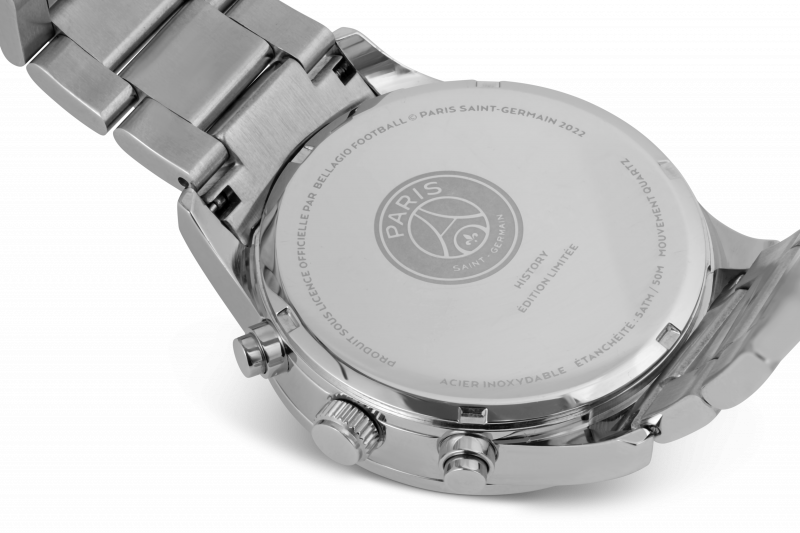 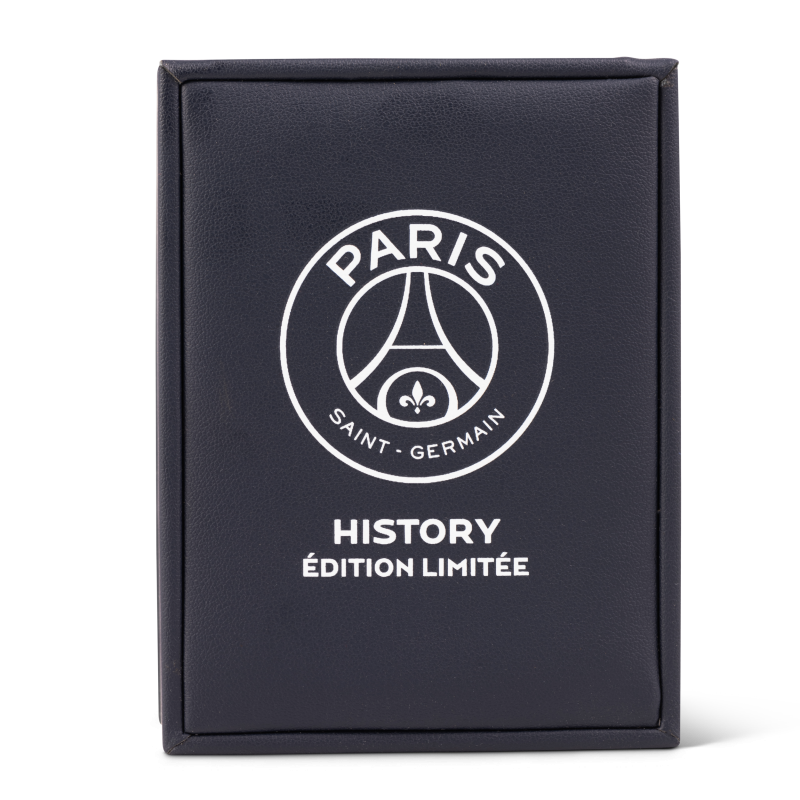 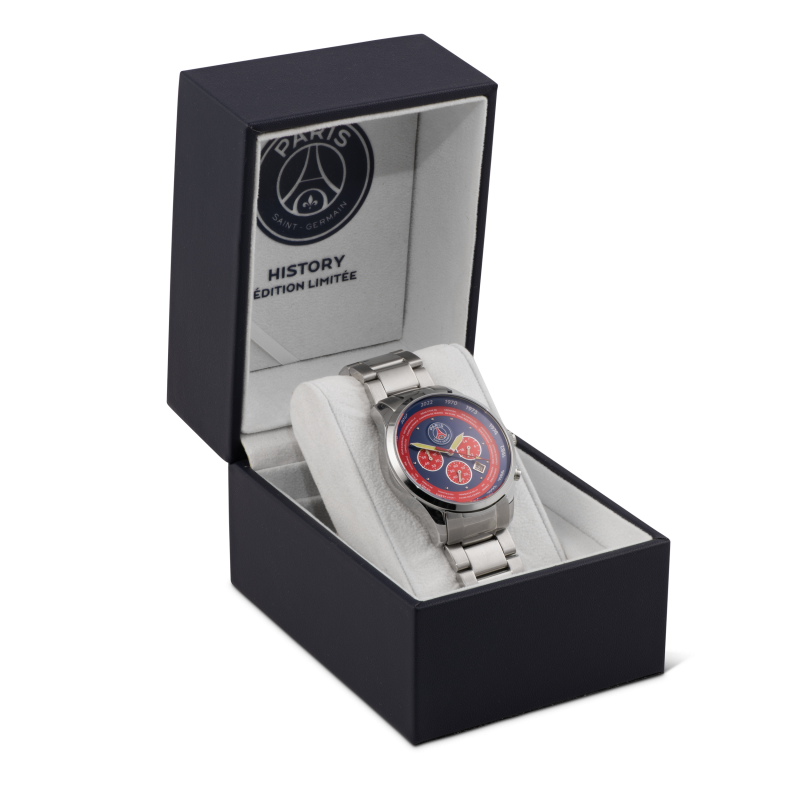 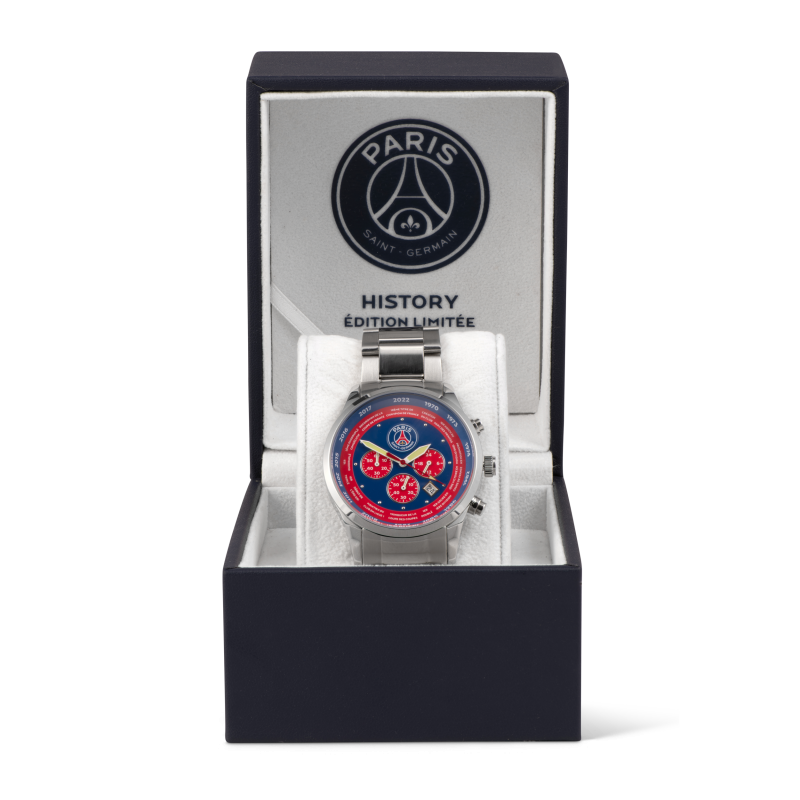 Paris Saint-Germain was officially born on August 12, 1970, to create the great club that all football lovers in Paris dreamed of. To celebrate this 10th League 1 Title, we bring you the ‘Special Edition’ PSG HISTORY WATCH – Displaying the history and triumphs of the club from its inception in 1970 to the 10th League win in 2022. 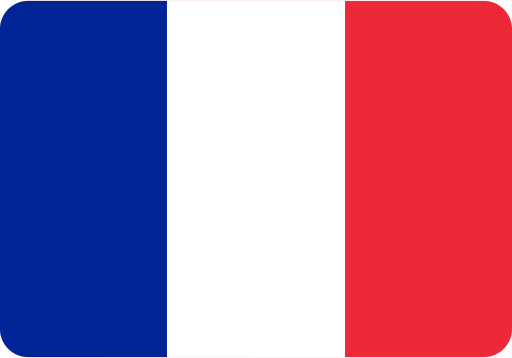 The Parisians responded to Pierre Bellemare’s call and Paris Saint-Germain was officially born on August 12, 1970, to create the great club that all football lovers in Paris dreamed of.

Faced with Red Star and with the new Red and Blue jersey created by fashion designer Daniel Hechter, Paris Saint-Germain made their debut at the Parc des Princes with a decisive success towards the promotion to the 1st Division (League 1).

At the end of an incredible match full of twists and turns, Paris Saint-Germain won against Valenciennes at the Parc des Princes and joined the elite of the championship, a level that the Rouge et Bleu, now deans of League 1 and have never left since.

An incredible outcome for Paris Saint-Germain, who won their first major trophy at the end of the night after an equalizer at the end of extra time and a victorious penalty shootout, to the delight of President Francis Borelli.

26 games without defeat and an almost perfect path to securing their first title as Champions of France, under the direction of the new trainer Gérard Houiller. Captain Luis Fernandez’s players undoubtedly deserved this first victory, Paris has been waiting to win the championship for 50 years!

League Cup against Bastia in the final, then French Cup against Strasbourg: the Parisians console themselves after losing their title of Champions of France with an unprecedented double of cups, a feat that Paris Saint-Germain will achieve again three years later, in 1998.

On May 8, 1945, Paris was liberated and 51 years later, Paris Saint-Germain celebrated this anniversary with victory in the European Cup Winners’ Cup, a success in Brussels against Rapid Vienna before a day of jubilation in the capital to celebrate this first European success.

Paris Saint-Germain was tense until the end of a contrasting season, with victory in the League Cup and European qualification. The Parisians escaped to Sochaux thanks to a double from Amara Diané, an unforgettable success for the Red and Blue fans.

The Dream becomes bigger! Paris Saint-Germain evolves with the arrival of new Qatari shareholders and the ambition to be a major player in the exclusive circle of Europe’s biggest clubs. With 28 national trophies in 11 years and great European campaigns, it’s a huge success for Paris, and the club, on the domestic and international stage.

Championship, League Cup and Champions Trophy: Paris Saint-Germain enters the history of French football with an unprecedented hat-trick. In League 1, the Red and Blue have had a superb run, with the best attack and the best defence in our league.

Perfect season for Paris Saint-Germain, which won the 4 trophies (Championship, French Cup, League Cup and Champions Trophy), an unprecedented feat in France. Paris enters another line in the history books of French Football.

Paris Saint-Germain retains its trophies, with style: 96 points, a league record and 50 goals for Zlatan Ibrahimovic, who ends his Parisian career with a victory in the French Cup against the rival of the Red and Blue, Marseille.

Three new trophies for Paris Saint-Germain but also an equal record, with a victory in the French Cup and a tenth success in the National Cup. Paris joins Marseille and celebrates with dignity the 100th edition of the “Old Lady”, a competition always dear to Red and Blue supporters.

Only one was missing… Paris Saint-Germain, record holder for victories in the French Cup, League Cup and Champions Trophy, won a tenth title of Champions of France and equalled the historic record of Saint Etienne.