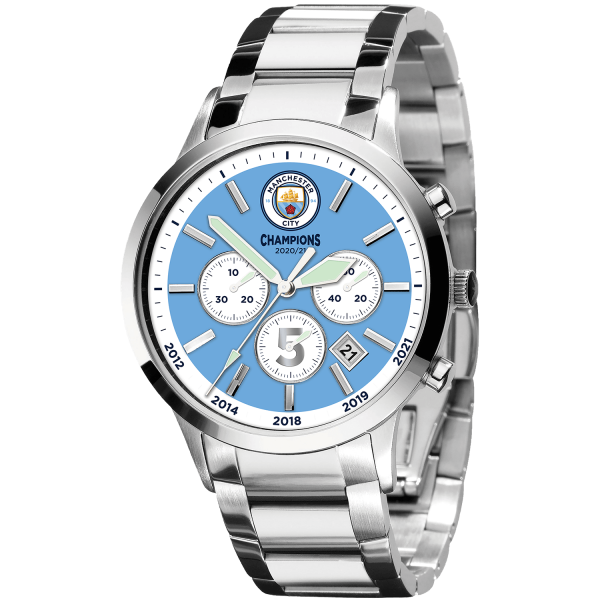 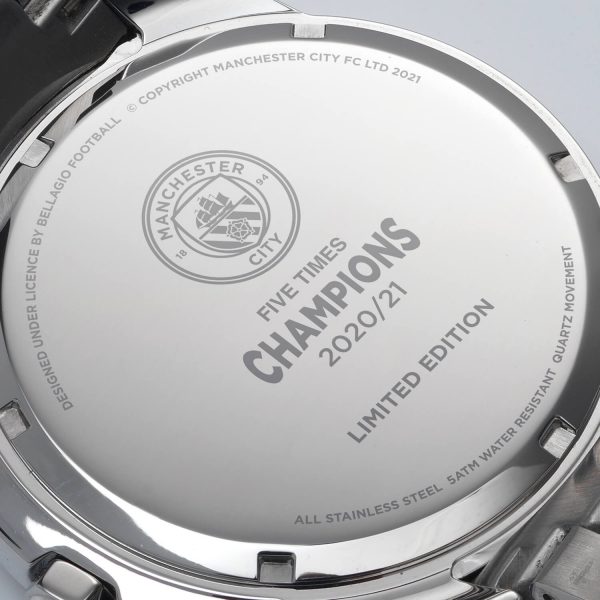 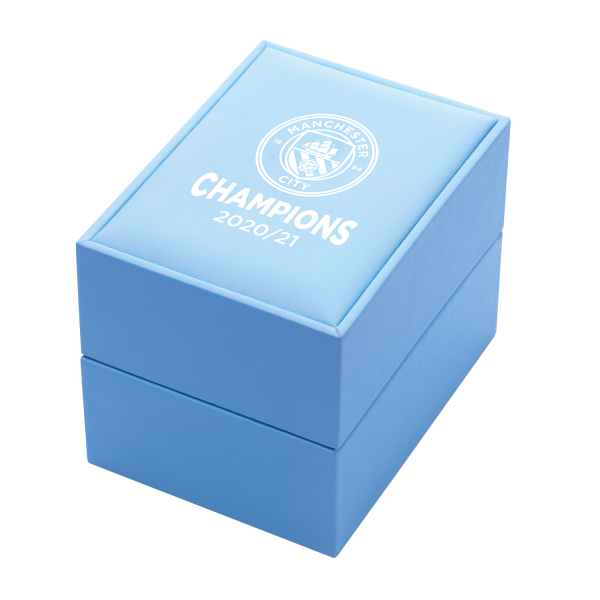 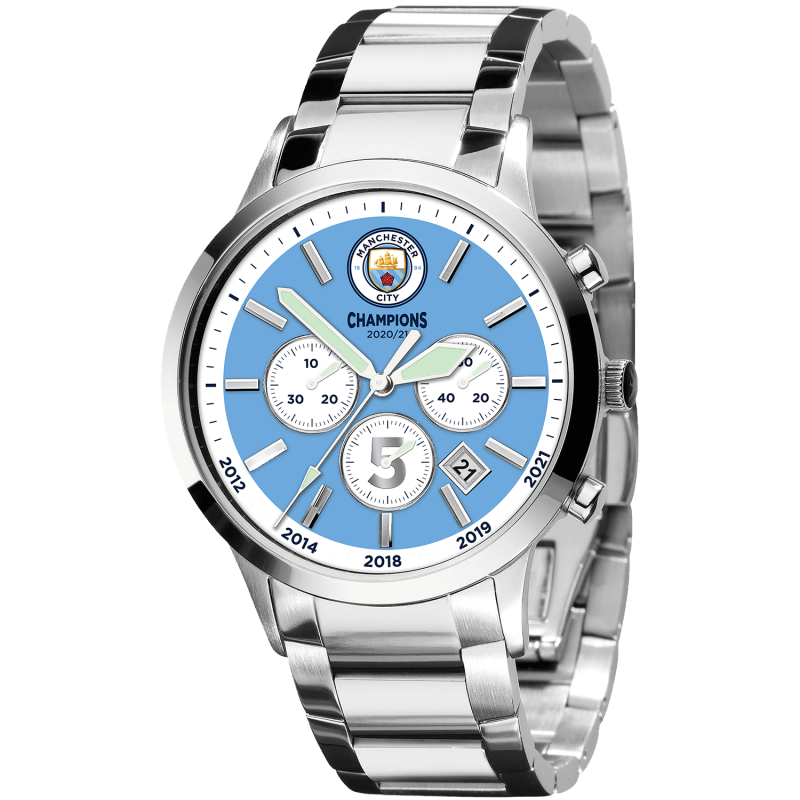 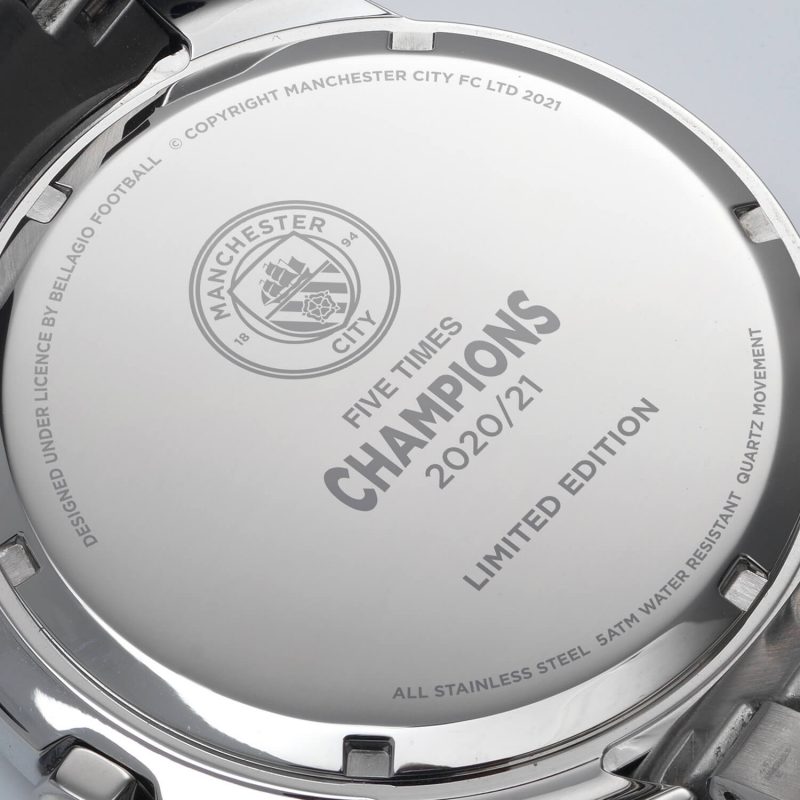 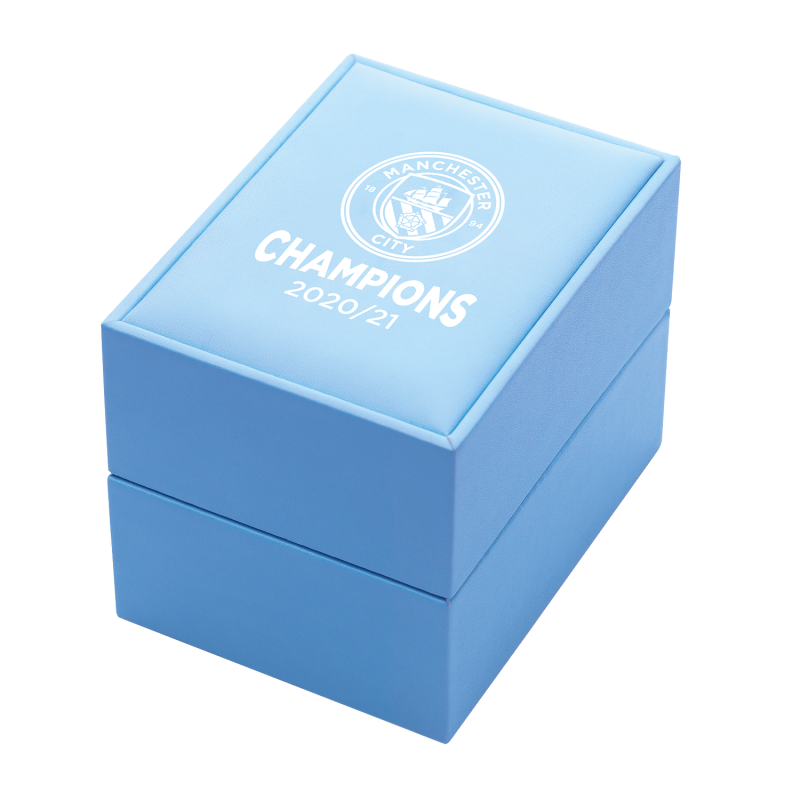 What a season this has been. No fans in the Etihad, but watching the Blues at home, willing them to win… And win they did, sweeping aside all opposition!

To commemorate this victorious 2020/21 season, Bellagio Football have created a Limited Edition ‘FIVE TIMES’ CHAMPIONS watch to celebrate ALL FIVE magnificent League victories. Imagine how you’ll feel wearing this watch when you’re back cheering at the Etihad Stadium, in the pub or at home with family and friends. This official Manchester City Limited Edition watch brings together those cherished memories of supporting the team as they reached the pinnacle of English football.

For fans young and old, Manchester City’s rise to glory has shown that great leadership, talented players and the finest supporters in the land will take you to the top. In this, the very toughest season, MANCHESTER CITY has been crowned CHAMPIONS for the 5th time in the club’s history!

Just look at the top features of the watch you could very soon own:

This Limited-Edition official Manchester City League Champions watch can be yours for only £225.